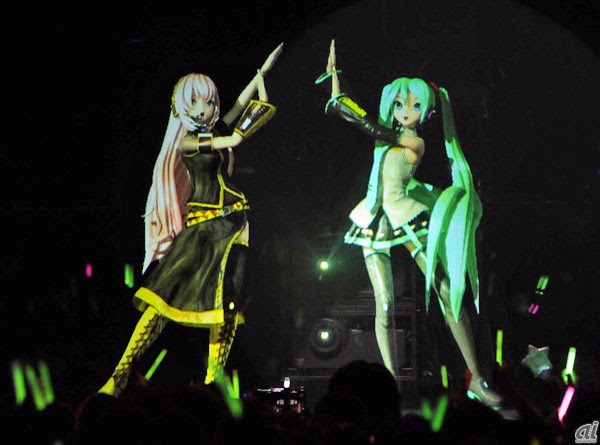 
Yep, Miku Hatsune is going to open for Lady Gaga's ARTPOP Ball in Atlanta, Georgia!  Really awesome to hear that a major icon in music and if I'm not mistaken, one of the most followed people on Twitter put her stamp of approval on our anime icon.

Miku will be performing like she did in the video tweeted, in full 3D hologram... an act that has been done way before a Tupac hologram with the same tech gained some popularity here in the US.  For all you anime fans out there, we just gained a really huge group of people who will know love this Japanese idol; which for years has been tough to explain to some people herein the US.  From the Toyota commercial about 2 years ago to this, Miku is really going mainstream.