KISS To Play With Momorio Clover Z: Yes, You Heard That Right 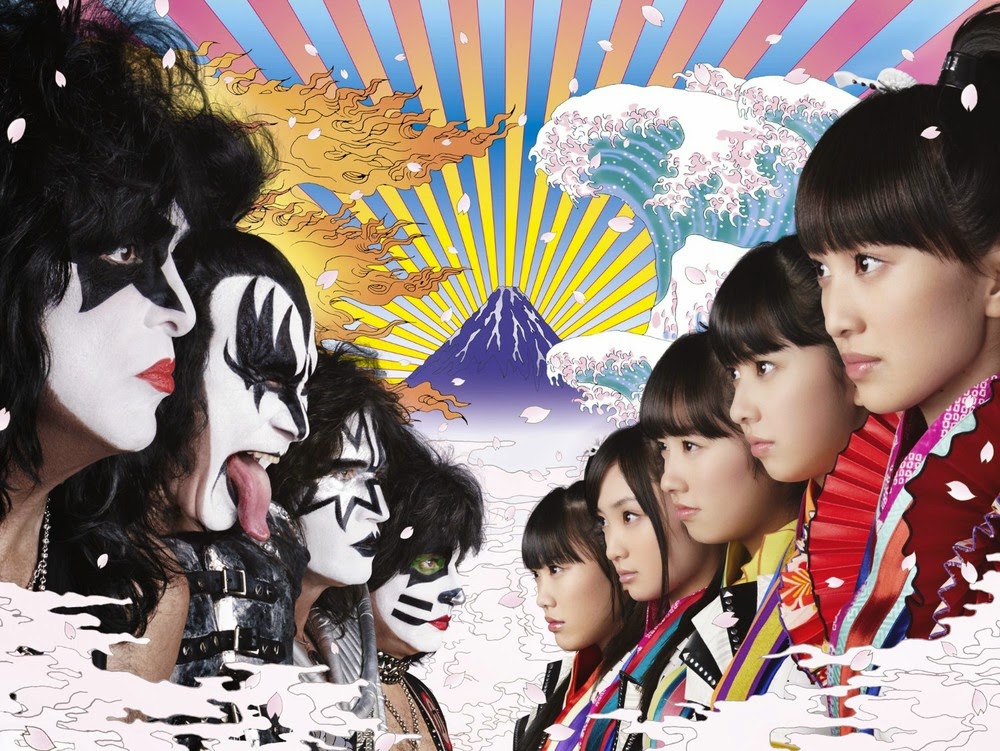 What better article to bring back the Anime.FM blog than this news report, first shown by the good people over at ANN.

Yes, you heard that right...KISS is indeed going to collaborate with Momorio Clover Z, the group famous for it's work with the new, manga-centric Sailor Moon rebut, Sailor Moon Crystal.  This is all part of their 40th anniversary tour.  Collaborated songs will include a KISS version of "Yume no Ukiyo ni Saitemina", and an original song titled.. "Samurai Son".

I'm old enough to somewhat remember KISS's heyday and though I've not too much of a fan of them, I'm happy to see them still rocking out and doing their part to collaborate with artists of the east since we all know that despite the success of many Asian groups... the west still turns a blind eye to many groups who should probably be flooding our radio waves a bit more than your common pop crop.

Here's a video of them from November when they first announced their collaboration.

as a bonus, here's Gene Simmons with Takagi

What do you all think of this?  What do hardcore KISS fans think?